THE JARS OF BIOT

From the 16th century up to nowdays Biot has produced hundreds of thousands of jars that were exported all around the Mediterrannean, America and as far as the Indian coast.
Thanks to the old records, we have been able to take a census of 510 potters from 1550 until the end of the 19th century.
The apogee of this local industry takes place in the 17th and 18th centuries, a time when one could count up to 40 potters in the village.
The art of clay is transmitted from father to son and there were true dynasties of potters across the centuries.
Biot became a reference in savoir-faire. It attracted potters from far and wide.
The increase in the production of jars was related to the expansion of olive tree production. These jars were used for storage and transport of olive oil, flours, dry beans and many other food products.
They were waterproofed using a thick coat of led glaze (alquifoux). The potters would engrave their signature by a seal under the collar of the jar as their signature.
The transportation would start from Antibes, Genoa and, above all, from Marseille.
The Biot potteries of the 18th 19th centuries also produced various ceramics : vats, glazed tiles, decorative objects etc…
The indoor fountains exhibited in the museum are the best illustration of this decorative art being refined and popular. 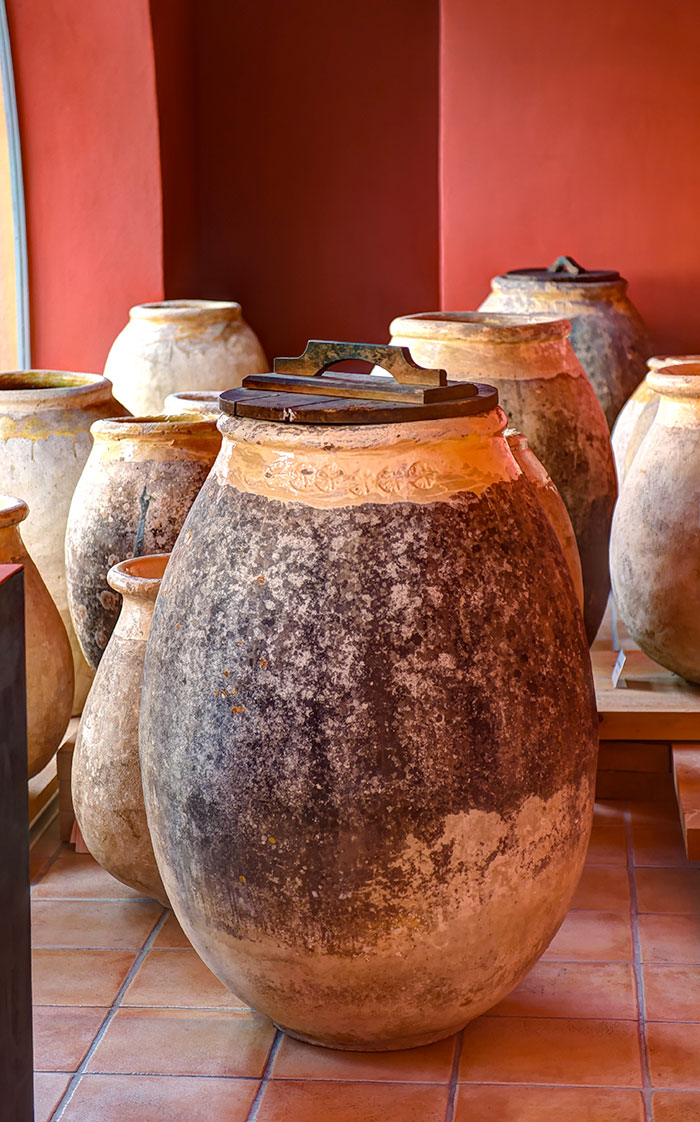